In Praise of Earlier Works

Never thought I’d see the day. An actual novelist on stage at the Emmy awards. And not in her role as screenwriter. Purely as a novelist. And that it was Margaret Atwood was utterly thrilling. Ms. Atwood was the original source, of course, of the multi-award winning Hulu streaming series based on her book The Handmaid’s Tale. Liane Moriarty also got full recognition for writing Big Little Lies, as the mini-series based on it also won lots of awards. Each of these two feminist video series won five awards. 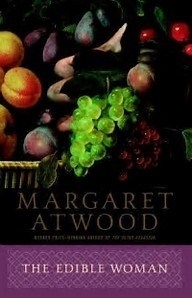 There’s another earlier Atwood book that I loved when it came out, but which never seems to be mentioned these days. It’s called The Edible Woman

. In fact, I often enjoy early works by writers who later go on to greater fame. Another example is A Slipping-Down Life

, an early work by Anne Tyler. With new, wonderful books coming out every day, it can be hard to find time to go back and fill in blank spots in a beloved writer’s oeuvre. But I squeeze them in when I can. Very worthwhile.

2 Responses to In Praise of Earlier Works